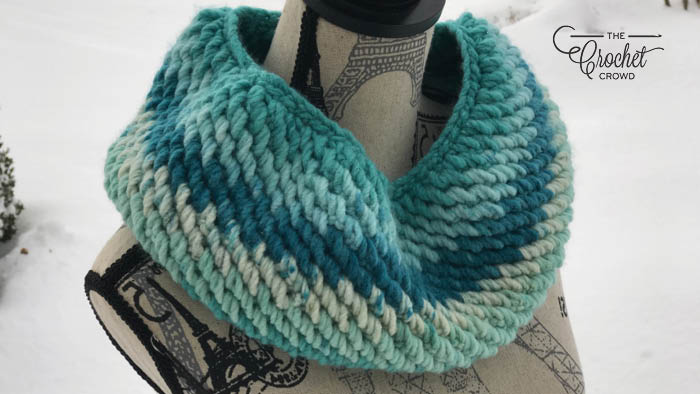 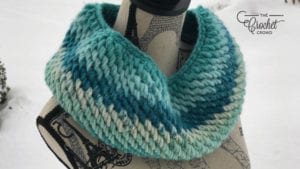 You are actually looking at the wrong side of the project. Yeppers, that’s why it’s called reversible. The backside of this concept has a really unique look and using Caron Chunky Cakes, it’s a winner.

The cowl is shown as the reverse side. Meaning, it’s the wrong side of the project that faces out. The wrong side has the look that you see. The opposite side resembles the moss stitch. This was designed by Daniel. The cowl has a severe elastic to it. It’s pretty neat overall. The cowl is worked as a continuous round after Round 1. Reverse single crochet is used for the duration of the cowl from round 2 to the end. The cowl is 15” diameter x 7”. The cowl bulges outward in the middle due to the stitch Instructions

Continuing onward, sc in *ch-1 space, ch 1. Repeat * until you get to desired thickness length.

Leave enough yarn from the ball. You will now single crochet regularly in the ch-1 spaces around for the final round. Fasten off and weave in ends. 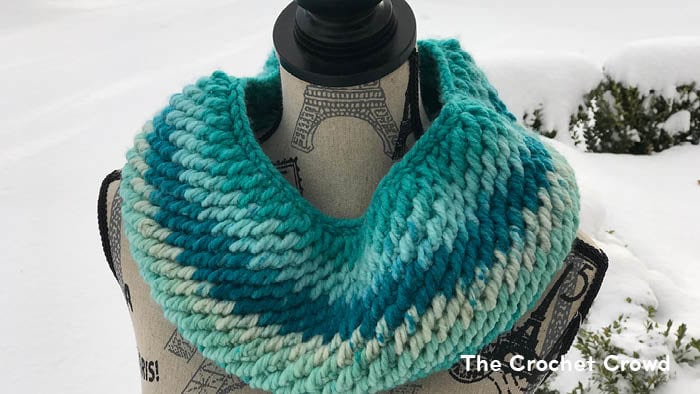 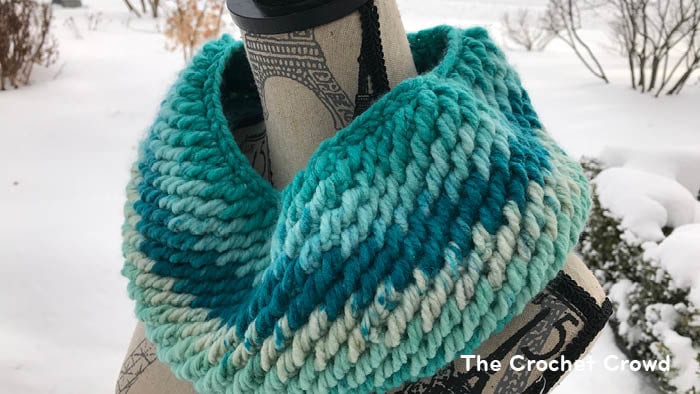