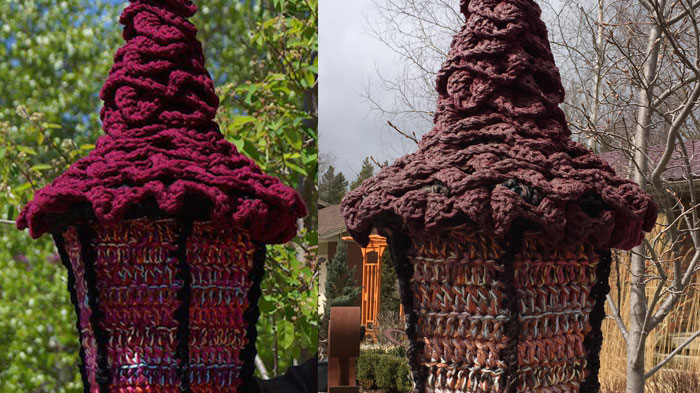 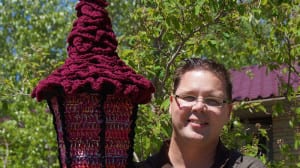 Crochet for the Outdoors

This past early spring, a fan posted a question about crocheting something for her outside. She wondered if Acrylic Yarn aka everyday yarn would last if she did a project that is intended to stay outdoors. She was inquiring about people who yarn bomb and abandon their projects. What will happen in the long term? Though I had some assumptions, I decided to do a test without telling you all.

I have always wanted to perform this test, I just decided to because the kid in me was curious. 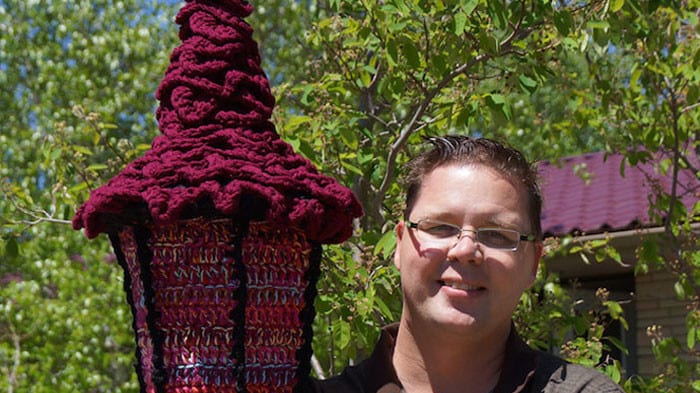 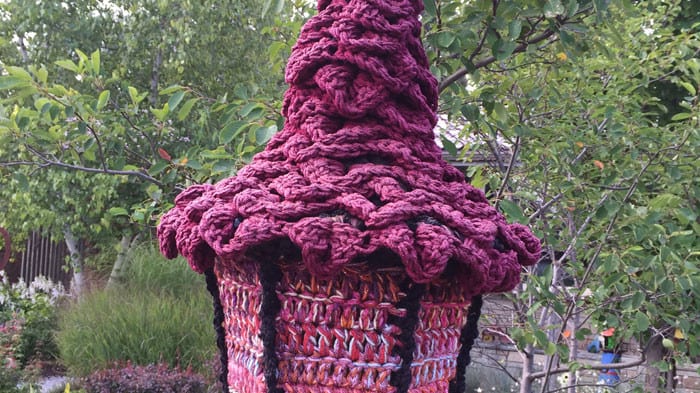 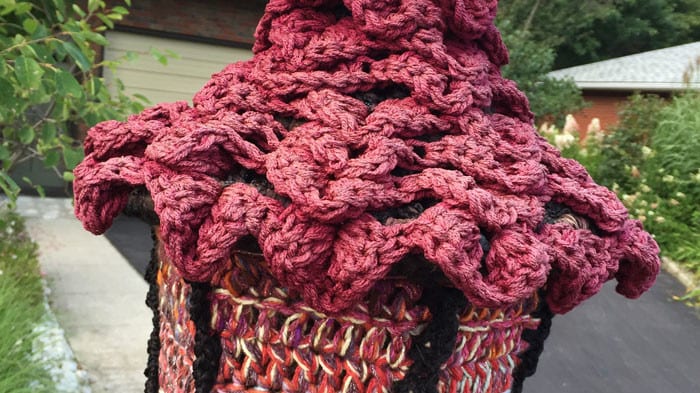 Crochet for Outdoors – 2 Months – It’s not wet, it just looks like it as the yarn developed a shine and to appears to have melted slightly. 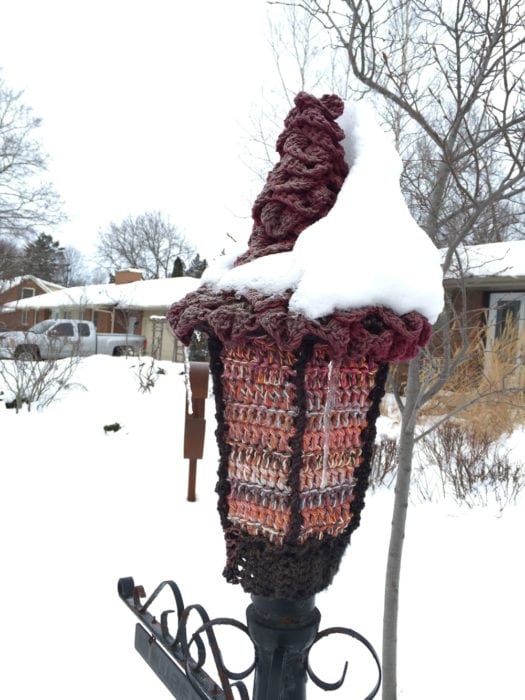 6 Months Later – Mid Winter. What Happens to Acrylic Yarn Outside. By February, the lamp post has received blizzards, thaws, and lots of wind over the winter. Though everything around is white and grey scale as our winters are not very colourful, it appears to be okay but it’s not nearly as vibrant. It is completely frozen in this photograph. 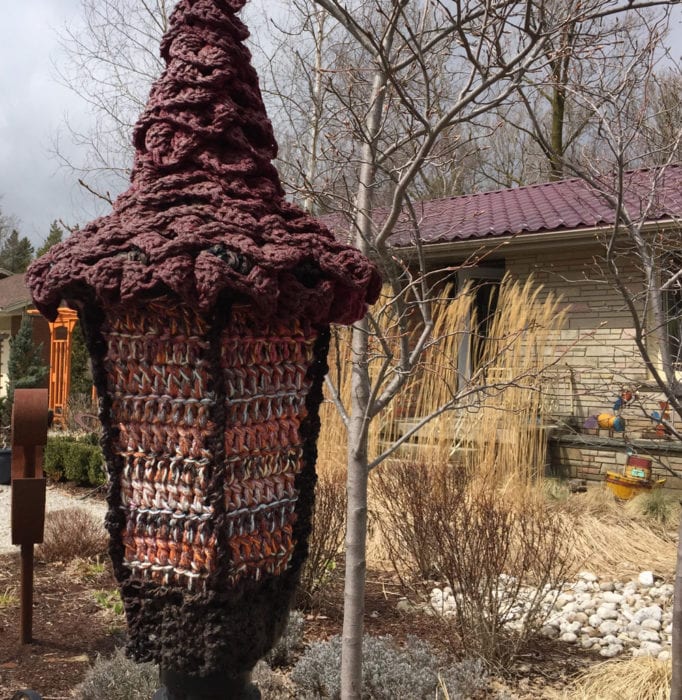 10.5 months into the experiment. It is now April. The lamp post cover has taken a beating of the weather conditions and is looking pretty rough. Fibers are brittle and appear to be melted. 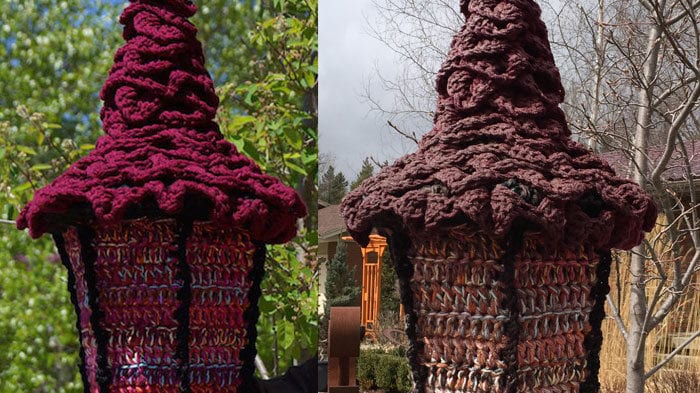 What Happens to Acrylic Yarn Outside. After 10 1/2 Months. 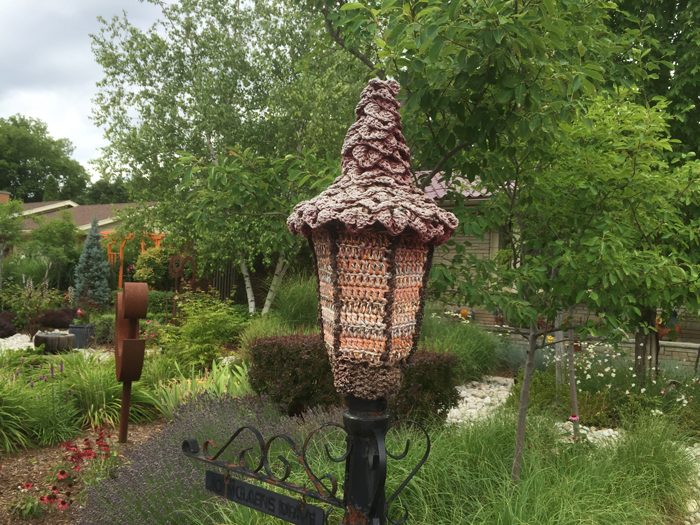 What Happens to Yarn Outdoors Test. 13 Months Later. The bugs are making nests under the cover. Now it’s time to remove my test, as per Daniel.

While it’s nice to make sculptures and yarn bomb outdoor things, it’s definitely not considerate to leave items out and unattended for this particular circumstances. The idea of yarn bombing something and leaving it up for an extended period has it’s consequences of the initial beauty is quickly taken away by the sun and outdoor conditions.

Acrylic yarns are not designed to be outdoors for extended periods of time such as this. A throw pillow or a favourite afghan shouldn’t be left outdoors.

While I suspected this would happen, I wasn’t sure and glad I have run the experience to test how long this would last. I would suspect in the next year or so the fibers will begin to break and this sculpture will go from a nice idea to something that looks weathered and dumpy.

19 thoughts on “What Happens to Acrylic Yarn Outdoors Experiment”