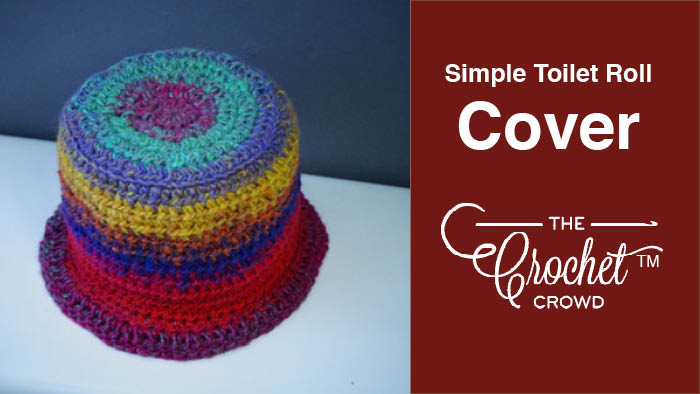 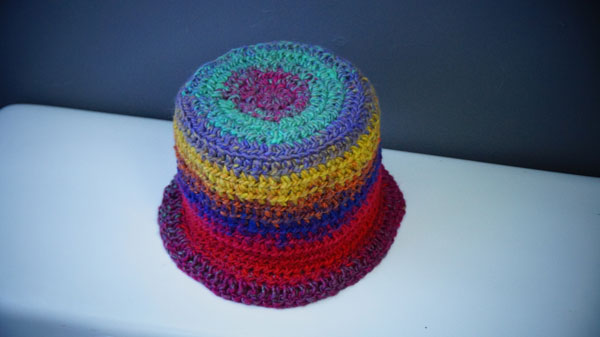 This Crochet Toilet Paper Cover is considered a double roll. The brand underneath is actually Cashmere. The roll measurements are 4″ wide by 4.5″ diameter. I created this to give my porcelain a bit of colour without having to heavily accessorize the top of the toilet tank. The yarn is doing all of the colour transitions and therefore making you look like an artist when you have completed your project. I used a smaller than normal crochet hook for this gauge of yarn. I did that so it’s nice and tight and the toilet paper being white will not be seen through it.

Note: Ch 2 at beg of rnds does not count as a stitch.

Rnd 7 – 16: In regular stitches, hdc in each stitch around. Use a standard toilet roll to measure how many rotations you should do. Finishing: When satisfied with the height, last 6 stitches will be as follows. 3 sc, then 3 sl st. Fasten off and weave in your ends.

by Michael Sellick, The Crochet Crowd ©2012