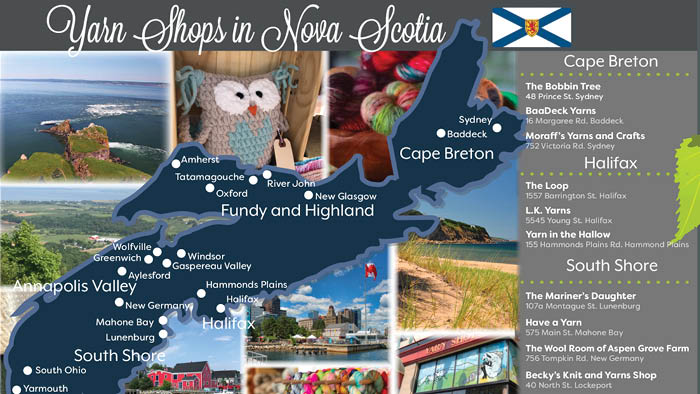 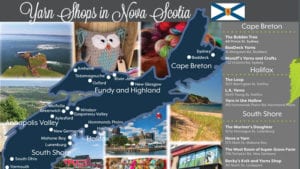 Are you looking for all of the Yarn Shops of Nova Scotia while visiting. We have a downloadable PDF to enjoy with locations of each of the shops. Finding the little fabulous yarn stores may be harder to locate as they may be tucked in tourist towns or off the beaten track in the cities.

Michaels Stores and Walmart exist in various places in Nova Scotia and are generally easy to find through Google Maps. Our goal was to locate the names of the stores and provide their address so you can find them too.Follow the Yarn Tales in Nova Scotia

As a general note: Be sure to check websites or social media posts for these stores if you are unsure of open times. With Nova Scotia being a small province, visiting many little yarn stores in a day is possible.

All store information was accurate at the time of producing this document. 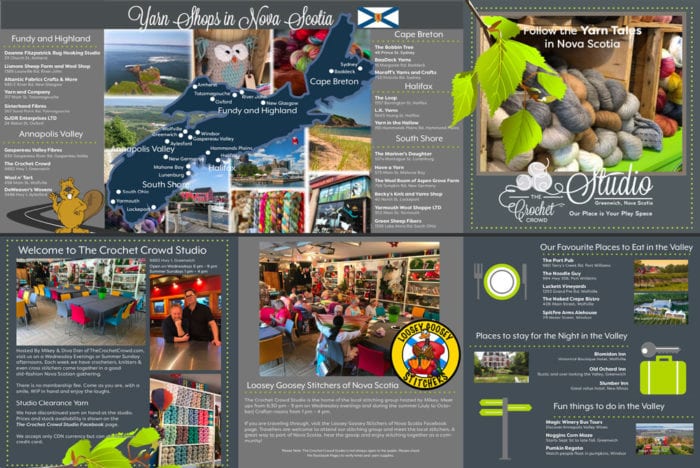 Yarn Stores of Nova Scotia: Map of All Yarn Stores

Locations of Stores where Yarn is Primary Focus

Links missing are stores we are unable to locate a website or social media presence.

Recommended Places to Eat in and around Wolfville, Nova Scotia

Things Creative and Tourist Based in the Annapolis Valley

Recommended Places to Stay in and around Wolfville, Nova Scotia

All recommendations are based on personal experience or feedback. The brochure has no paid placement or advertising revenue. It’s complimentary to all who desire to find yarn shops in Nova Scotia.