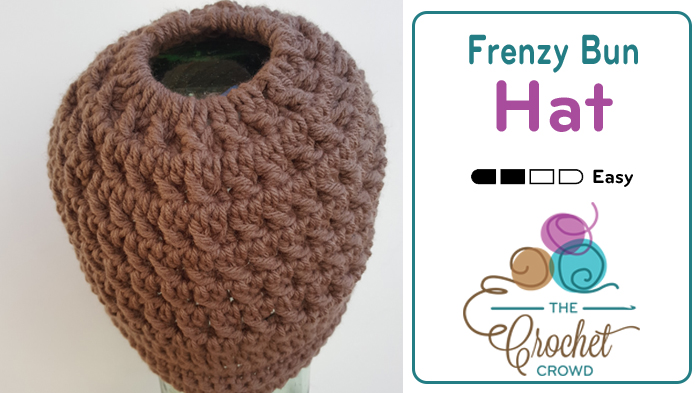 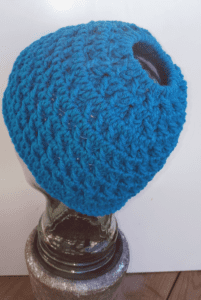 Ponytail hats, Messy Bun Hat, whatever you want to call them have been around for a while. But now they are hitting the internet in a frenzy! Yarnspirations has the Pebble Texture Hat and Mikey has a tutorial for it.

Laura Jean’s goal is to modified their pattern so you can use the skills learned here at The Crochet Crowd to make your very own.

The written pattern is Crochet Pebble Texture Hat on Yarnspirations
The tutorial is at this link.

Materials:
Laura Jean used the worsted weight and a size H hook/ 5.00mm and skipped the first three rounds.  Let’s rock this thing! And get started. 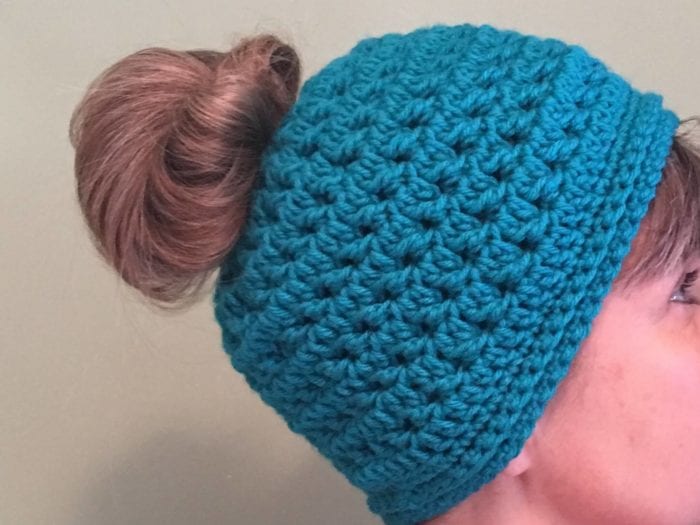