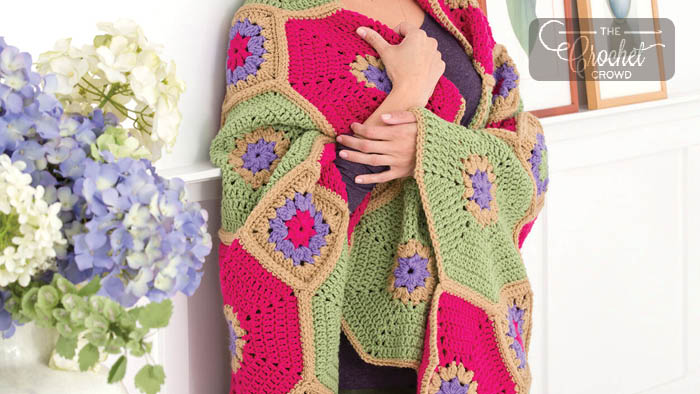 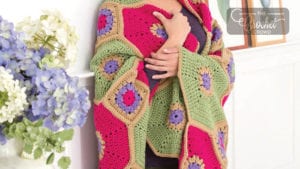 The Crochet Octagon and Squares Throw is just two motifs sewn together to form this amazing afghan. It was also our first ever stitch along.

The video for this is a bit dated as technology gets better each year. I think I have to refilm this again in the future.

The video is from 2013. Video quality has been lowered due to how long it’s been on YouTube. I would like to refilm this again in the future for clarity. There is no left-handed version made of this at the time. 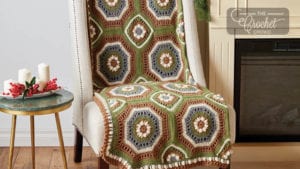 I had learned from the original in 2013 that people complained it should have been square and the border more elaborate. I took what I learned and developed this. These is the colours of my backyard looking into the woods.

There is no left-handed version of this tutorial. 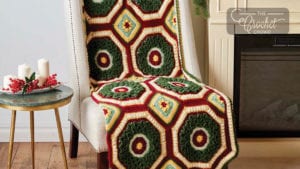 The Crochet Home for Christmas Afghan was developed at the same time of doing the Woodland Afghan.

Daniel challenged me to come up with an afghan design that had a three-dimensional wreath. Challenge accepted and this is what I came up with.

These afghan motifs are done in two parts. One is a motif without the wreath and the wreath is added as a second part. You can see how it’s done in the tutorial as well.

The burgundy is our front door. The white is the snow and yellow are representing bells.

Knowing people prefer an afghan that is square or rectangle, I created the partial squares to fill in spaces so it could be maintained.