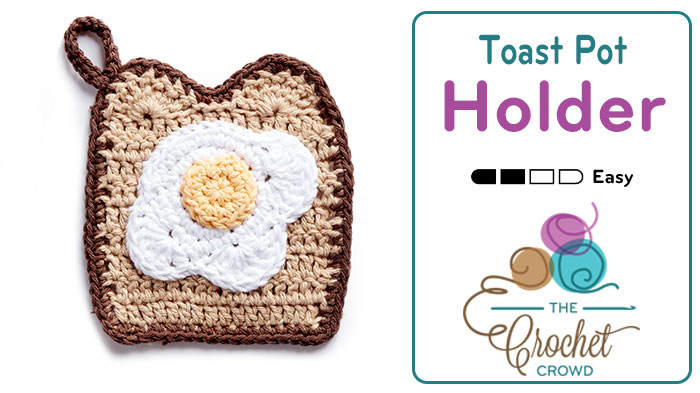 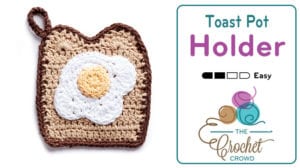 New to Yarnspirations is the Crochet Toast & Egg Pot Holder featuring Lily Sugar’n Cream Yarn. In my tutorial, I improvised the pattern slightly. I’ll tell you what I did as you should have enough yarn to do this as I know I did.

The potholder is initially 1 layer of toast. Then the egg is put on top of it. Myself, knowing how I cook and throw stuff in and out of the oven. I decided to use the dark warm brown and make a secondary piece of toast. As I did the crust border, I attached both pieces together to double up the thickness of the toast. I then did my egg and slapped it on.

So when you flip over my toast, you can see the brown side as if it’s the end of the loaf on the other side. For myself, I have double the thickness now and I won’t be so worried about burning myself. I know I probably won’t anyway with the original design, but I have yarn leftover, why not use it constructively.

This is a pretty quick pattern generally. The toast is just a rectangle with 2 scallops at the top. It has an easy border. The egg is just as easy to make as well. Overall, I enjoyed making my own for Daniel’s kitchen.