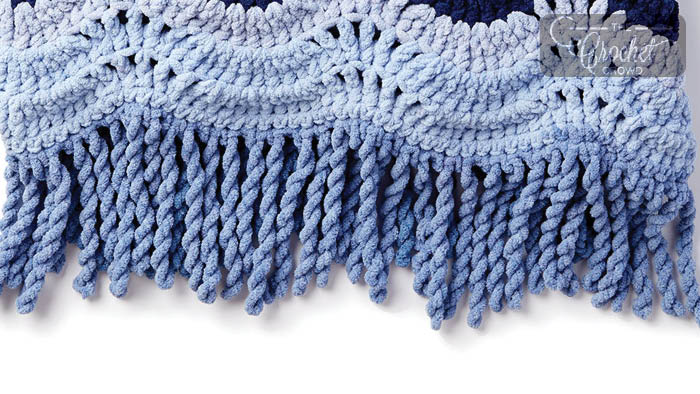 The blanket shown in this tutorial is called the Crochet High Tide Blanket. The number of times you need to twist is dependent on the yarn and pattern. The length of the starting loop also varies but because you don’t cut the yarn, you want to ensure the starting loop is consistent.

Genera concept is as follows:

Crochet Daisy Baby Blanket Sarah of Repeat Crafter Me is one of the leaders for free and super cute ideas...

Crochet Baby Checker Blanket Checker it up with the new Bernat Baby Blanket Tiny Yarn to create this...

Rainy Day Booties These Crochet Rainy Day Baby Booties are probably one of the most adorable pair of...

Square Bear Crochet these cute little Crochet Square Bears. A flat like a doll that is lightly stuffed to...