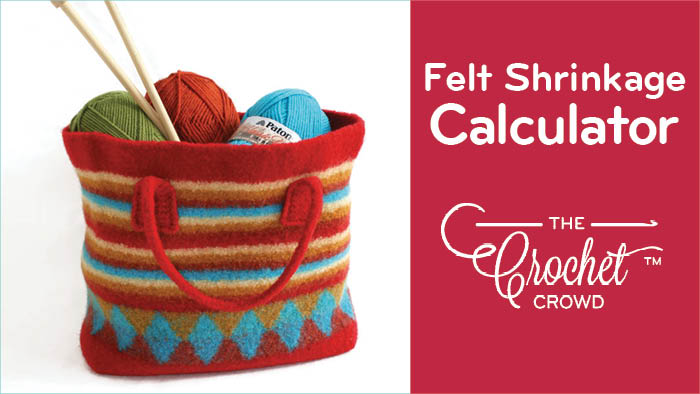 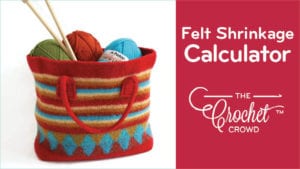 Felting is fun and fabulous. Be warned, it can be addictive in watching the felting process take it’s form at the end of the project. I used Patons Classic Wool to do my felting.

The project in the picture is knit but you can see the stitches pretty much disappear as the yarn expands and contracts into a felted project. If you are a knitter, it’s called the Felted Shopping Bag.

Getting the right stitch counts for the bag prior to shrinkage is a science all to itself. When crocheting or knitting with 100% wool, the project is huge but after it’s felted, WOW! Talk about shrinkage. 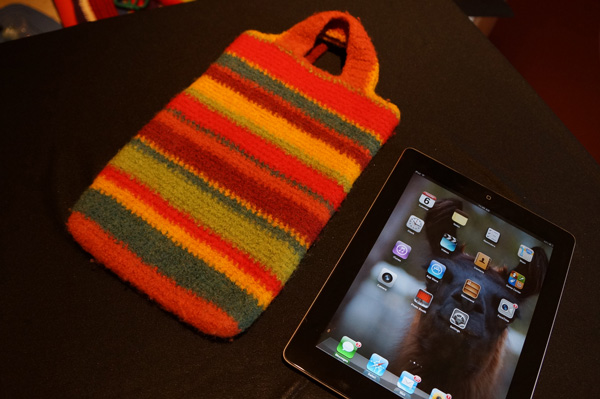 I’ve created an iPad Cover in the past but it was my second attempt as I didn’t expect the project to shrink as much as it did.

Crochet Felted Purse Create your amazing round purse using the instructions provided. There is also a match...

Crochet Happy Felted Flower Bag I love felting. I love the look, the process and love to watch the washing ...

Calculator: Stitch Counts for Felt Shrinkage Felting is fun and fabulous. Be warned, it can be addictive in...