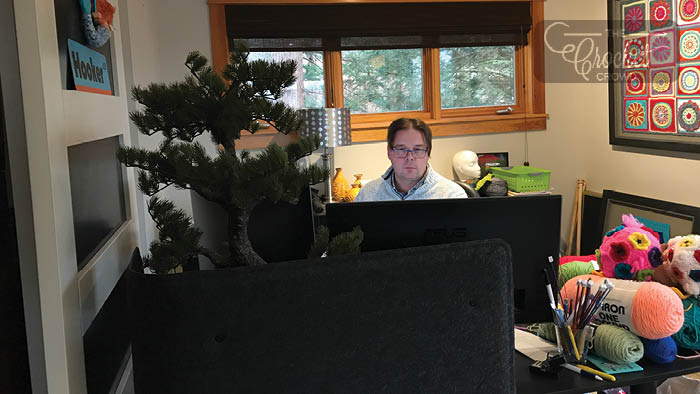 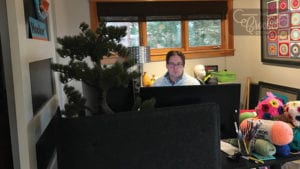 I’ve had a lot of thoughts bounce around in my head this week. I have to make a decision about an important topic and have other thoughts that are clicking around this empty head of mine.

People that matter behind the scenes with me know I absolutely dislike this word with my name associated with it. When I started this journey back in 2008 as a fun hobby and then translated it to a business in 2010. I never considered myself as a person to influence others. I’ve always seen myself as a global educator of crochet. Of course, with sponsorship, we have bills to pay but my contracts are about teaching and showcasing ideas which are where my passion resides. So my pay isn’t reflective of selling anything as I am just building content of resources which is what I love to do.

I was reading an article this past week where Influencers are being banned from certain venues as a result of selfishness and just plain being rude. Someone has a large following base and they want free stuff or services because they have a large following community that may buy into the notion. Some of these people project themselves as living a dream life and if they truly have a perfect life, good for them. Something in my heart of hearts tells me it’s a lot of hokie pokies and that it’s easy to project an image that doesn’t really exist. How does one differentiate the truth from the persona of what is an illusion?

A question that is bouncing in my head lately. Will ‘so-called influencers’ one day be the shame of society and trust is breached because people have clued in that what they are seeing isn’t reality? I wonder what others think of influencers? 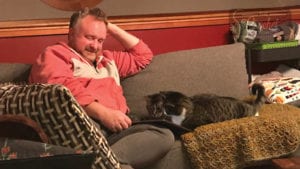 We’ve been watching a series on Netflix called Kitten Rescuers with host, Jo Brand. A delightful series of animal rescues with great editing and storytelling. It’s a fun watch as I crochet. I find myself staring at the TV longer as I am captivated.

Puss Puss was involved this week in a scrap fight somewhere. Both of our cats are rescues. Puss Puss has already had a litter of babies and they both love to go outside as I talked about before. They clammer to get outside at first light in the morning and go run to the sand pile for their morning relief. We don’t mind so much as it saves us buying litter. So Daniel is monitoring Puss Puss as she has a scratch behind her ear. Keeping the cats inside when they know what it’s like outside would be super mean, even for their own protection. If I were to say they could laugh, they chase each other and have each other’s back. They are comical to watch. 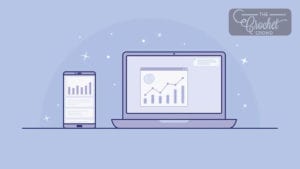 This week, we are trying some new techniques for our website programming. Last week, we changed the website and I am closely monitoring the motions of the visitors to see where they are landing on the website. I am doing test trials of certain elements that I don’t wish to reveal yet as I am unsure, metrically speaking if it’s making a difference as it’s only a week. I need a longer length of time to watch the graphs build.

With Thanksgiving for the Americans, it changes consumer behaviour erratically for two days. It’s predictable with my forecasting but if you want to measure changes, you cannot have a blip of a holiday right in the way of the test trials. 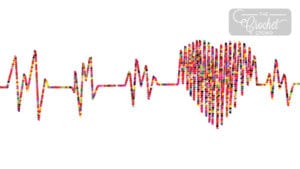 While I am transparent in many ways, there’s a topic that I don’t like to discuss. If you guess Medical Talk, you are right.

Daniel and one of our friends get together. They are cross comparing medications and talking about issues. Meaning, I am singing songs in my head. They actually know the names of the medications they are taking. That’s pretty awesome but hopefully, there’s never a test for me to actually be listening. I don’t mind talking in general terms but I tend not to ask leading questions as I find it’s so personal.

I dislike taking medications of any sort. However, if I crack I will turn to him and ask him “Doctor Dan, what do you recommend?” He loves it when I do that even though he tells me to read the package on my own. We walk to the bathroom and look through what we have. 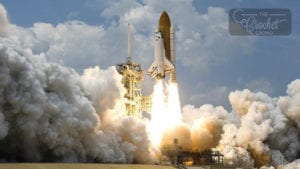 Recently, I heard something that really was food for thought. I am looking into fixing some social metrics issues and came across advice that really leaves me in a query in my head.

If I want social attention, I just have to misspell and the obvious word in which people will respond to correcting the person to give the person a lot of attention which alters the metrics of interest of the post.

That’s pretty sneaky eh! Now, I have spelling issues. Recently, I misspelled Missouri as Massouri but I was spelling it the way it sounded in my head. I was trying to figure out the Postal Abbreviation for it. I was confused with MA was for Missouri, Maine or Massachusetts. However, it’s honest to gawd mistake.

This call to intentionally misspell something leads me to wonder how many times someone is actually misspelling something in social media on purpose for social attention. It leads me to think they didn’t proof their work, spell check didn’t catch it or maybe the person is just trying to get attention. Things that make me go hmm. I would rather my work be the reason people click, not for me having to misspell something to boost my own social properties. It’s a great topic for discussion.

What do you think about this topic? Honest mistake or attention needy? 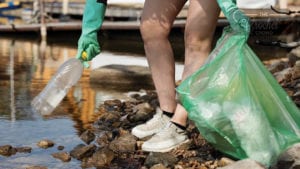 Plastics and the Environment

One thing that I have never understood is how so much garbage is getting into the oceans. In our last Crochet Cruise, one of the excursions we were on a major river doing a tour that was downstream of a major city. The waterway was on the way to the ocean.

Totally disgusting was the water. I have never in my life seen trash like this ever in a river. Not just one or two bottles but 1000’s including clothes, lawn furniture, toys, buckets and gawd knows what else. We are there to observe the natural beauty of the rain forest but in the water was endless float garbage passing by the boat. My seat partner, Rachel, and I were just disgusted. We thought to ourselves, how in the hell in 2019 is this even happening? Is there no catch nets to stop this catastrophe.

So over the past week, we have been watching documentaries on environmental considerations in relation to plastic. Now that we have seen this just one single river being a cesspool of filth heading to the ocean, where else are their rivers like this? 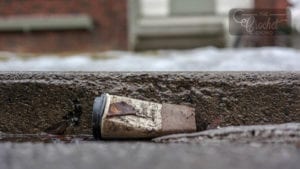 I saw an ad on YouTube about changing our habits in Nova Scotia about being more conscious about disposable cups. I know they cannot be recycled. Nova Scotia is asking its residents to consider the environmental impact of buying beverage containers at any restaurant or food service.

Garbage Day here, while I don’t toss out my cups onto the ground, with our garbage pick up is every other week, I have a lot of cups to throw out. Daniel always complains about it. He’s just as bad as I am but he does small cups and I use a large cup. So between the two of us, there is a minimum of ? (I’m too embarrassed to share the actual number) cups. Between the 2 of us, we can use ? in a year that is staggering for a beverage that lasts us about 30 minutes each time.

This isn’t including any fast food restaurant joins we visit where there are cups too. People are recently doing a look back of 10 years. So I looked back on 10 years of cups we have used and thrown away. The number is jaw-dropping.

The day after the commercial, I went out and bought a reusable coffee cup. With using reusable cups at Tim Hortons, I save 10 cents per cup of tea, it will take a few months for the savings of the 10 cents to pay for the reusable cup. However, we don’t have any more cups going into landfills.

Tim Hortons sells 2 Billion Cups of Coffee per year in Canada alone. Put that in perspective. The savings of what Daniel and I can prevent going to landfills are so insignificant. However, this week, I noticed there was more than just me with a refillable cup. Change happens when there’s a movement to be the difference. 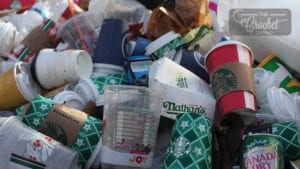 I have to admit, I had to get used to washing out my cup after usage and let it dry. Then when I go back for a cup of tea, it’s ready to use. So I have to think ahead after I am done instead of just tossing the cup into the garbage and then going back for another cup.

When I really think about it, this is something many people can do if they are thinking ahead. There are initiatives to recycle coffee paper cups but wouldn’t it be better that we didn’t use them if we didn’t need to?

With my 10 cent savings per cup, I can actually see the savings in my account.

It’s just something to think about next time you go and get a cup. I should have been doing this years ago.

Plastic is going to be our epidemic in the future but there are things we can do today. While I’m not going to guilt anyone to do the switch, I think the decision has to be personal and meaningful.

So these are just a few things bouncing in my head this week. My issues are minimal in comparison to others but still occupy my mind. I hope you had a great week.

I want to hear from you about the issues I opened up about. What’re your thoughts? Leave them here in the blog for me to read.

39 thoughts on “This Week from Mikey’s Home & Desk”