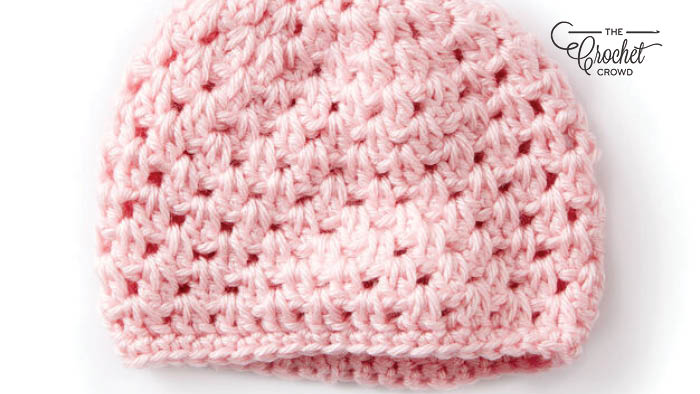 Learn how to crochet Baby’s First Hat. This is a newborn size that is between 7 – 9 lbs. This easy to make hat is really super easy to make. It grows really quickly and crocheters can really pound off a lot of these size hats.

This is also a super project for beginner crocheters. Easy to make and the video tutorial below is easy to follow along to. I have referred to a homemade diagram that I used to help myself during the tutorial itself. I have provided a copy of that diagram below so you can save it or print it for yourself.

Try this pattern, they make for great charity donation ideas as well.

Version Up to 6 Months.

Yarnspirations has released their latest Lookbook called Caron, Stitched with Love. The book of free patterns for both knitters and crocheters has one central theme, charity. It focuses on simple projects and some that require a bit of knowledge of crochet. Personally, I love how the Lookbook allows new crocheters to learn new skills but also for the ones who have some skills to go a step further. Not only is this book charity oriented, but it also a great starting point for crocheters and knitters to do something more than practice with stitches. It will allow them to learn, grow and contribute to their own community with the projects they create.