For my own style, I felt the original was way too long, again my own opinion. I have a need to make sure my hats are used or hit a donation bin for charity. I felt I had to change the length and finishing technique so it can be put into a charity donation and be appreciated by someone else.

For a shorter version, both of the versions end on the 40th round. The model sample ends on the 55th rnd. There are 15 rounds missing in the shorter versions.

For the Pom Pom Version

You decide what you prefer. The tutorial also covers both versions. 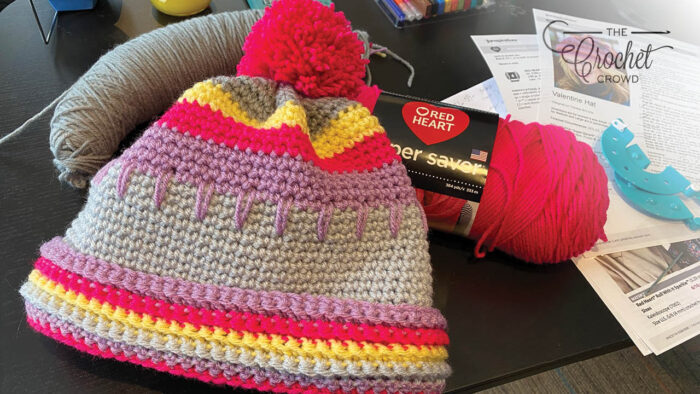