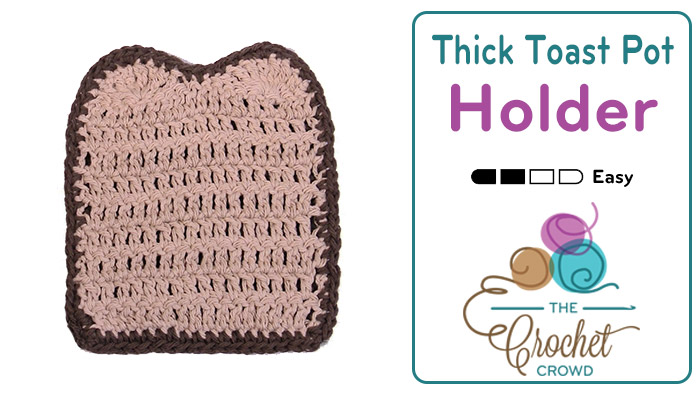 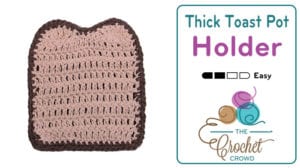 Introducing the Crochet Thick Toast Pot Holder, an adaptation from the original pattern by Yarnspirations.

For me, I am clumsy in the kitchen. If I can burn it, it will happen. If I can drop it, there she goes. What can I say, the kitchen and I don’t get along but I sure can eat! Go figure!

This is an adaptation of the original Toast & Egg Pattern by Yarnspirations. Instead of layering an egg on top to create the double thickness to protect your hands as you grab pots. You can double layer the toast together.

For fun, I used the darker brown as the second layer of toast. So it’s like it’s the end of the loaf. Then I crocheted the first layer with the regular jute colour to signify the bread has been toasted. Then, as I did the crust border, I put them together and crocheted them together as one unit. It’s neat.

You could also use it as a mini hot pad too, now that’s it’s double-layered. It’s neat, novelty and can make for a great kitchen accessory.