Who is Daniel Zondervan: Crochet Designer

Who is Daniel Zondervan: Crochet Designer 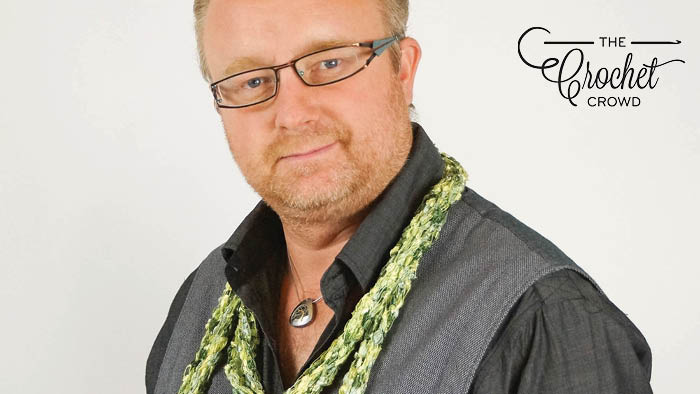 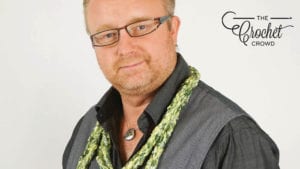 Daniel Zondervan, life partner of Michael Sellick, was thrown into the yarn arts through meeting each other and Michael already on his way into the yarn community forums. Daniel originally was conducting and performing music in the classical, period music and leading choirs with vocals and bells. Having graduated university with music as his foundation, life moves on, attitudes change and within a couple years of ‘the boys’ meeting each other. Daniel found himself in an out-dated career path and decided to move on. Daniel retired completely from the music profession, giving away his instruments.

With Daniel’s skills of community development in developing his own orchestra, the skills learned through community outreach and even coordination were learned. His knowledge in this field helped steer the way for Michael in the creation of The Crochet Crowd. The company name, The Crochet Crowd, was conceived by Daniel.

Behind the scenes, Michael and Daniel, are referred to as ‘the boys’ with sponsors and real-time friendships. With The Crochet Crowd building as we attended a major crafting show together, Creativ Festival, it was obvious that skills that neither knew had to be learned. Daniel’s creativity is much stronger than Michaels in putting together yarns, colours and ideas. He has one strong addiction, Pinterest. He hangs off Pinterest in looking for garden and cooking ideas every evening. 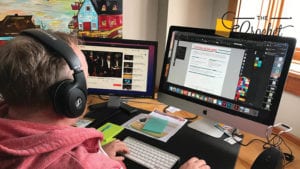 Daniel remains behind the scenes most of the time. He is responsible for content coordination, live event coordination and graphics. Daniel is self taught in every sense of technology he uses. From the free eBooks, cruise pattern books to specialized graphics used in our business, Daniel is constantly learning. In fact, in this part of the business, Daniel has excelled through learning by using YouTube Free Tutorials for the programs. While Michael’s specialty is programming, video creation and social engagement, Daniel’s creativity of putting fun graphics together is invaluable.

Daniel will see stitch ideas and come up with conceptual ideas to share with the team. Some of the designs we have done have been inspired by his thoughts which have materialized to be winners.

The Crochet Cruises is managed by Daniel from The Crochet Crowd perspective. In arranging with our agent the final details during the 18 months leading up to the cruise. He is responsible for the content direction and much more. With his knowledge of forming an orchestra and doing community events, his knowledge in making arrangements and following through is required to produce the events.

What is Daniel’s Passion? 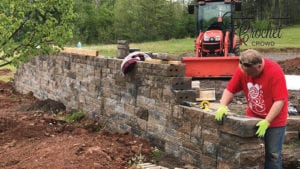 So does Daniel crochet? He can, but doesn’t much as he prefer his past time be spent on garden and landscape design. While in university, he had jobs in a garden shop and then in green houses. One of the jobs he had was to pollinate the tomato plants so they would produce later on in the season. He had a pollinating wand and enjoyed the job.

This lead him to garden design where he not only carefully thinks about each plant and tree on paper but also implements the idea with his own hands. He prefers to do the work himself as his level of detail has to be achieved to match his desires. He’s known to move plants by inches away from each other if he stands back to judge his own work.

With the help of Pinterest, books and personal interest at the garden centres, he takes time to know the plants. He doesn’t just buy a tree, he knows exactly what size the tree will grow. What types of soil is prefers and whether he is capable of growing it in the garden or not.

Daniel is an online gawker, not a participator for the most part. He leaves the social interaction to the rest of the team as he is busy with the graphics and more behind the scenes. Just know, a lot of what you see is inspired by Daniel.