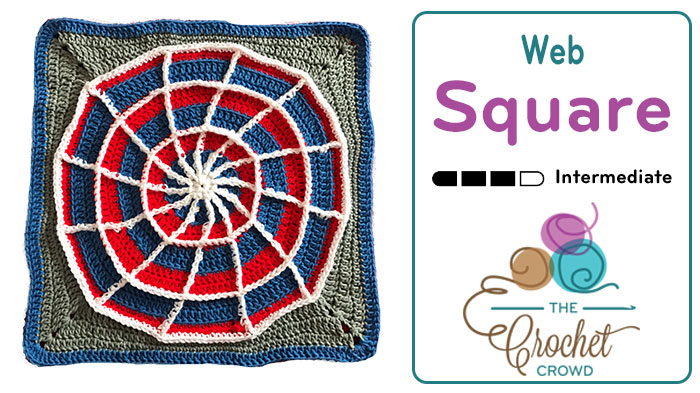 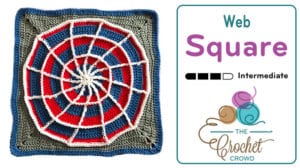 The Crochet Web Square is for the Action Packed Afghan that is being crocheted for Project Linus on board The Crochet Cruises for Fall 2017.

These squares are 18″ x 18″ using Caron One Pound Yarn. The web is a surface crochet that is applied when the square is done. The pattern has information about how to do that. I have included a tutorial demonstration on the surface overlay with another Crochet Spiderweb Throw below.

The colours are optional and you can have a lot of fun with this technique. I have included what the back looks like in the PDF Instructions.

If assembled with other action squares, this is what it could look like. 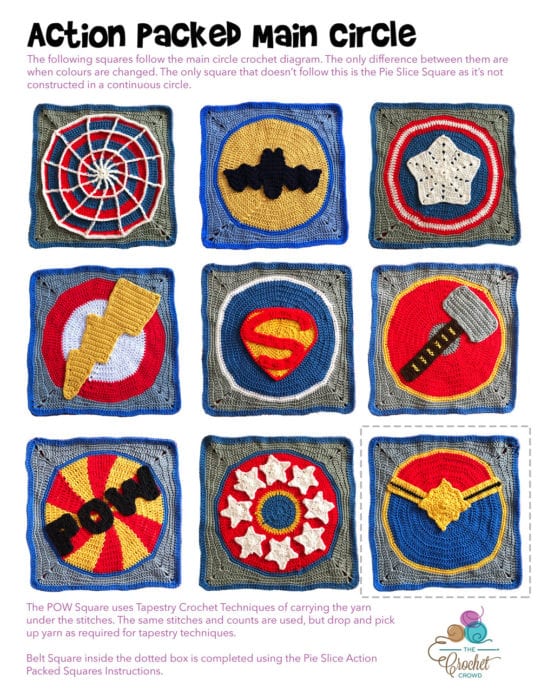 The surface overlay is demonstrated on the Crochet Spider Throw, a free pattern by Yarnspirations. As you will see the tutorial, we do the spokes outward at the end. The Spiderweb Blanket differs as we don’t do a round of white in the Action Packed Squares. We do that as an overlay instead.