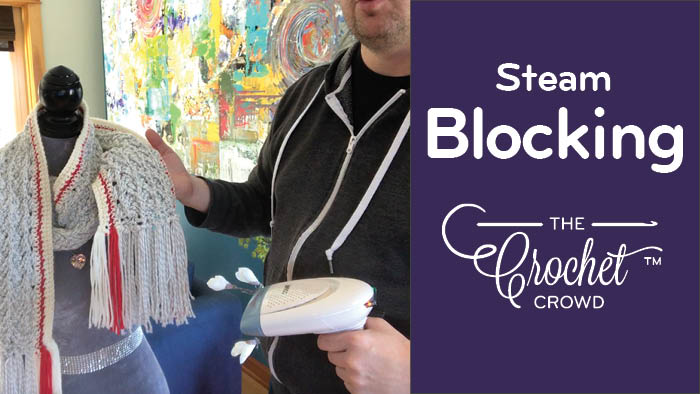 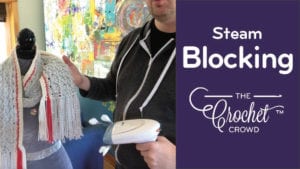 How to Steam Block Your Crochet

The difference between pre-steamed projects after steam projects is really quite noticeable.

The steam forces the fibres to open up and breathe and as the steam wears off, the fibres compact back into position but taking to the new shape that was created with your stitch work.

Fibres are originally steamed as a straight strand as it’s balled up. However, after you knit and crochet, you have applied new bends and curves in the strand. The steam opens the fibres up as it’s in the new stitch configuration and relaxes back into position but now the yarn understands it has a new shape.

For garments, the project will hang better. For tassels and fringe, it will straighten up the fibres to get them to relax into a hanging position. For afghans and granny squares, it makes the project sit better when on display.