The Differences of Stitch Multiples

The Differences of Stitch Multiples 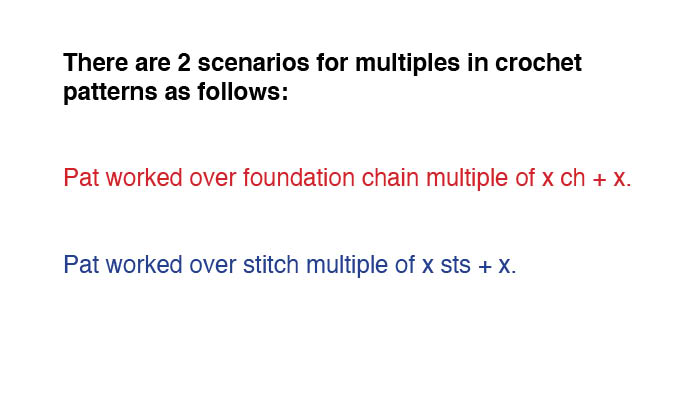 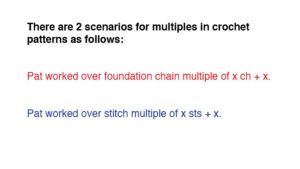 Stitch multiples in patterns allow us to expand the stitch concept to change the sizes of the projects. It can be written in two ways but they mean two different things.

I’ve been with Yarnspirations so long that I have adapted my pattern writing to match their technical writing. However, there are 3 ways a pattern can be written.

Yarnspirations balance between the industry and their own style but really focuses on the industry side more. This allows you to learn how to read patterns but also purchase books and see others who write patterns, in the same manner, to flow seamlessly.

For example, a Yarnspirations standard is not to say Row 1 but to say 1st row. There are many nuances in their writing that you probably never have noticed. For myself, when something breaks a standard, it jumps out at me.

So I reached out to the design team yesterday to inquire about my lack of confidence and whether there was an industry standard. Erin Black, designer of several of our most recent stitch alongs gave me insight that I had never noticed. I also noticed a change in the way the stitch multiple appears as well which prompted my questions.

If there is no diagram, I have been manually drawing it out and confirming it. Each time, the starting chain is included. So I questioned, why wasn’t the stitch along done like that? The answer is so obvious, but I hadn’t noticed.

The first way is to tell us if we are starting the project fresh.

This way is telling us there is a repeating factor but the project already is started and you are changing the stitches.

The second way would only appear in a pattern if the pattern is changing midway through instructions. Stitch samplers would be examples of this. Where the stitch is changed and the designer wants you to know there is a stitch multiple change.

Generally speaking, but not always true, I use the starting chain of the project itself to give me an indication of what will work. So the beginning of this project would be (Multiple of 24 ch + 5) if the first row was single crochet across. If I really love a stitch but want to eliminate out other stitches that exist in a sampler, I would start with a single crochet row. The + 5 would create that extra 1 ch needing for a turning chain then I can jump. This is not always true though. In some cases, stitch tensions are taken into account where the number of stitches in the row is changed. 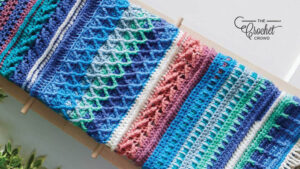 The Crochet Sampler Blues Afghan is an example where just adding an extra turning chain wouldn’t work in some portions of this. The stitch counts across certain rows are changed to compensate for tension.

However, I believe if you are determined enough, you will find the solution as there is always an answer if you do the math and work it out.

2 thoughts on “The Differences of Stitch Multiples”