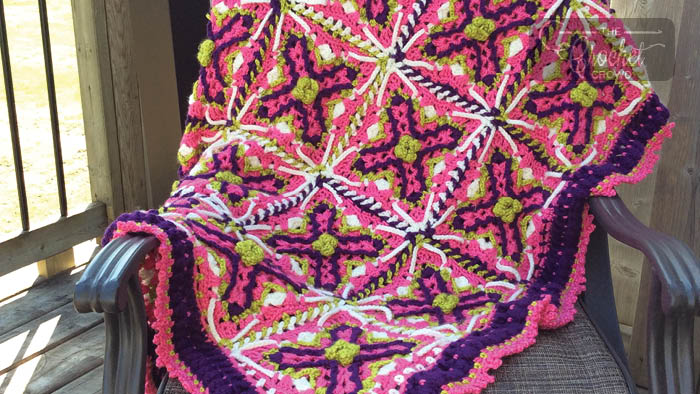 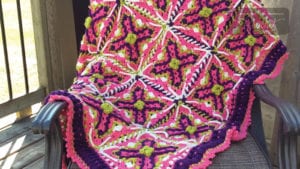 In 2015, we had just started with Yarnspirations and they wanted to test try a Stitch Along with our community. Being new to Yarnspirations, I wasn’t sure what to expect for complexity or steps. The work of deciding, designing and putting in the groundwork had already been done.

The Mystery Stitch Along Afghan was done in the complete dark. No clues to what it looked like. Crocheters knew it would be an afghan and several colour options were suggested.

This was 10-week mystery crochet along in the spring of 2015. Crocheters worked on their steps as each week continued.

The colour options for this were incredible. It was using Caron Simply Soft yarn which provided stunning opportunities.

There are over 3,600 examples of afghans in all different colours available to inspire you further. See the entire gallery. To date, it has been the biggest mystery stitch along presented in our history.

For me personally, this really pushed my boundaries on crochet. The joining is something I have never seen done before.

The joining was called Twisted Braid Join. It requires advanced patience and really is a look that cannot be achieved any other way.