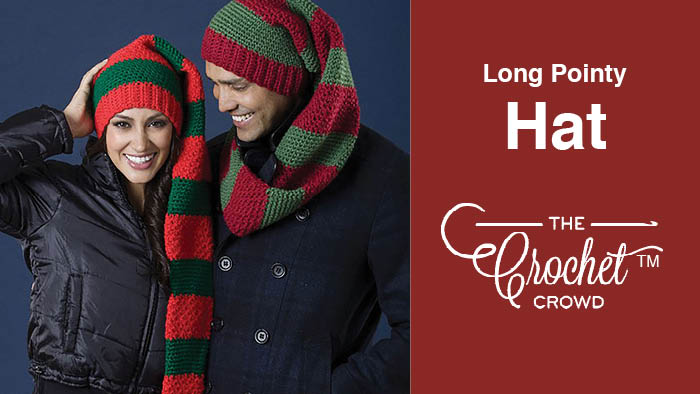 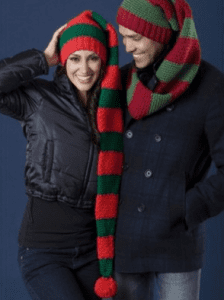 Get out of the box and have fun with a Scarf Hat. I know from just looking at this hat design that not everyone would get away with wearing a hat such as this but Hey, some of us like to be different and go against the normal grains of life.

Initially, I thought the hat was like a Santa or even a hat. The colours sure suggested that to my mind but then once I read the synopsis, I realized it’s actually a two in one hat.

I think the right person can pull this off nicely. I can also see this type of design in a Christmas Parade dancing on a float or something. I know by the time the parades start in our region, sometimes the weather is really frightful but we get on the curbside and cheer our fellow community members on.

I think if I were to do this pattern, I would break the norm of red and green and come up with a fun and bright colour scheme. I may add snowflakes or something.