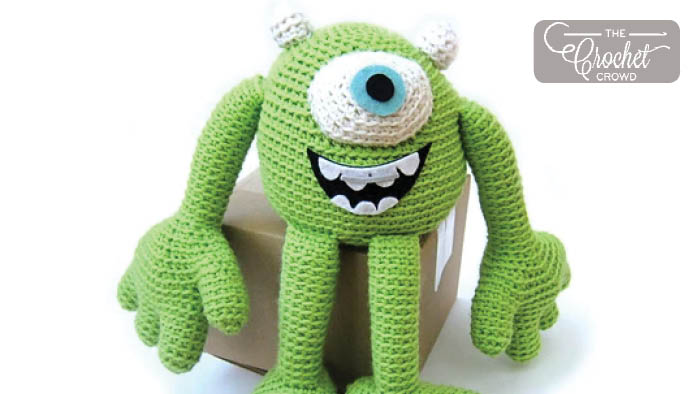 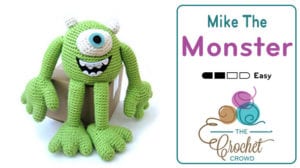 The Crochet Mike the Monster is authorized by Disney Character in crochet format. Stacey Trock of FreshStitches.com designed this character and received special permission from Disney. With doing a Registered Trademarked item, there are certain restrictions in place.

Mike the Monster was presented and it took a few weeks for people to figure out what we were actually crocheting. There are over 900 photos of this character that were collected during the stitch along. Some are really over the top for accessories added to the doll. See Mike the Monster Gallery.

See how to do the Short Rows Stitching concept. Texture and uniqueness in 1 easy project.