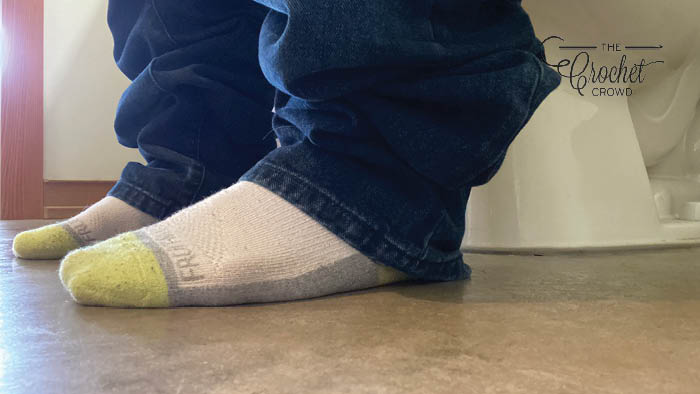 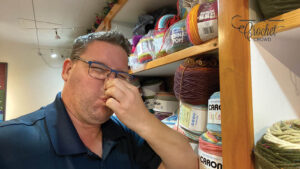 Each year, I film upwards of 250 tutorials, that’s not including the left-handed versions. Sometimes it’s an educated guess of what I think the crocheters will love and other times, it’s taking a chance.

With filming so many free tutorials, not everything flies out of the gate and tanks immediately. I can tell within 2 hours of a video launching if I have made a sound decision or a mistake. If it’s a mistake, I don’t linger long and look for another project to film.

The influence of videos happens based on The Crochet Crowd Stitch Social, video tutorial requests we get through this website and just watching trends. It’s rare for Yarnspirations to request a tutorial, with exception to the Stitch Alongs.

If it compels you to know more, you can click the picture and you will get the pattern and tutorial that matches it! You can give it lemons! 🙂

I’ll tell you what compelled me for each. Just for kicks! Fetch is never going to happen! 🙂 You can leave me a comment at the bottom of the blog if you feel you want to add why a tutorial tanked or it lacked your interest. 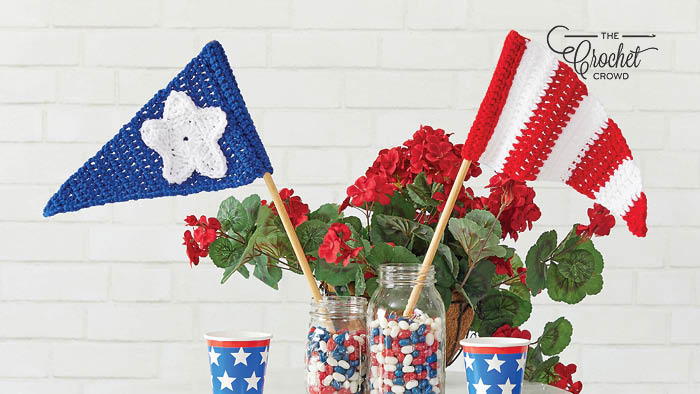 Crochet Parade Pennants. Many of us were stuck at home. The USA Memorial Day had just happened. People were doing drivebys with flags and on the side of the roads. 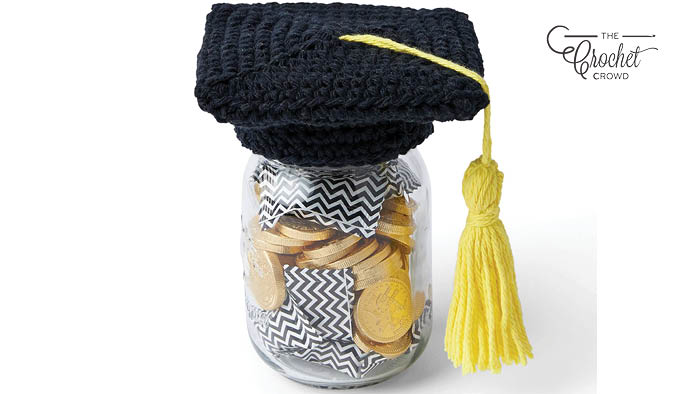 Crochet Graduation Gift Jar. With COVID-19, many graduates didn’t have the celebrations they wanted. I thought crocheting this up would be a great giftable for those who couldn’t be there in person. 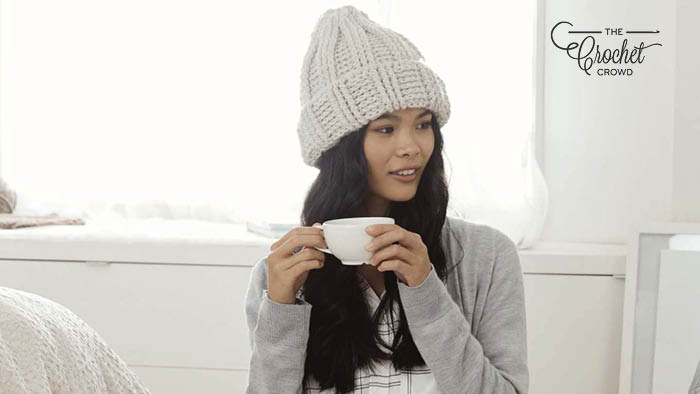 Crochet Ridgeway Hat. Texture and ridges are currently trending. I wanted to build up our hat category. I launched this is in April. It was too late for the year. So it’s buried in our hat collection of tutorials. 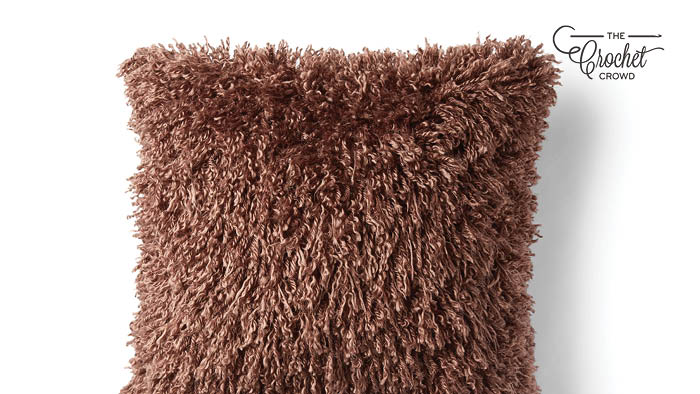 Crochet Mongolian Lamb Pillow. Home decor is very subjective to personal taste. I thought this pillow would serve as an opportunity to learn a new stitch. It didn’t catch the curiosity as I had expected. 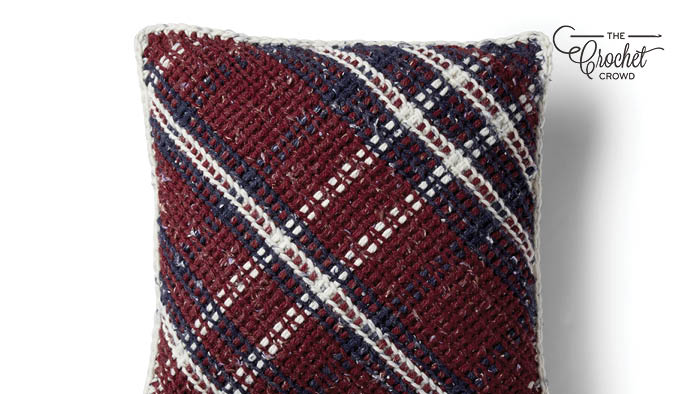 Crochet Argyle Pillow. Created like a plaid blanket. This captured my curiosity of technique and skill. Apparently, it didn’t catch the curiosity of others. Also, it’s home decor which is subjective to personal taste. 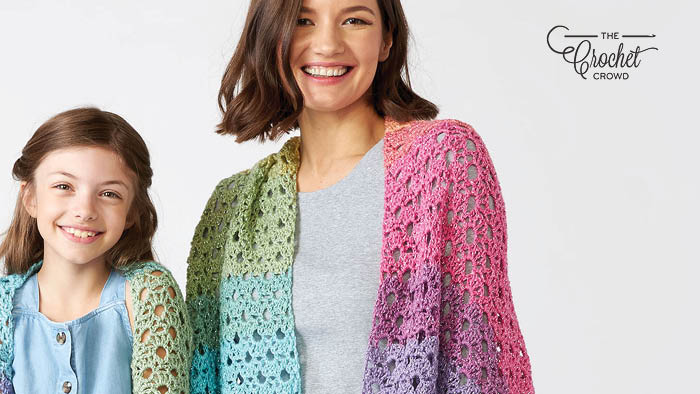 Crochet Mum and Me Shawl. This one surprised me in the lack of interest. The stitchwork is pretty. It was launched in May for the height of the nice weather but I think this year with people being encouraged to stay home, I think it played a factor here. 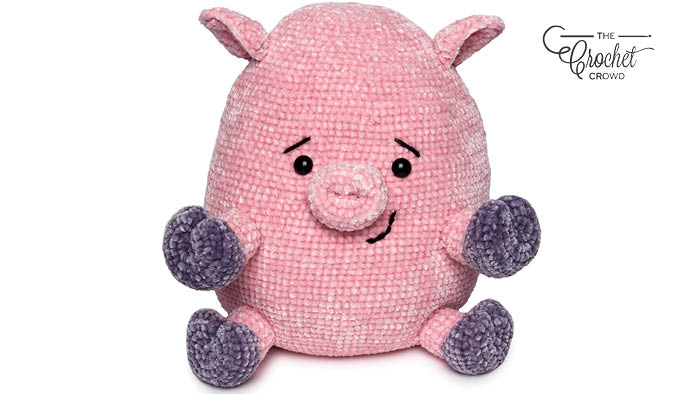 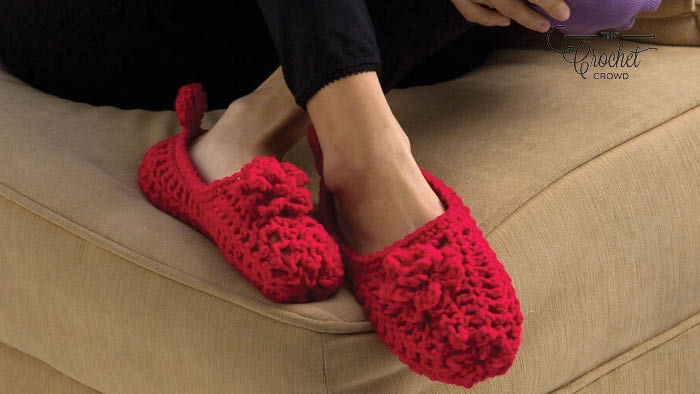 Crochet Double Sole Slippers. Intentionally filmed for beginners. I think for those experienced with crochet probably didn’t need a tutorial. This didn’t march into the good records for 2020.

Crochet Marled Basket. I wanted this basket for my guest room.  You can see the quilt on our guest bed in the photo. I filmed this because I really wanted the basket for myself. Baskets aren’t well viewed with us so I half expected this to tank out of the gate, which it did. It’s also simplistic that experienced crocheters probably didn’t need a tutorial. 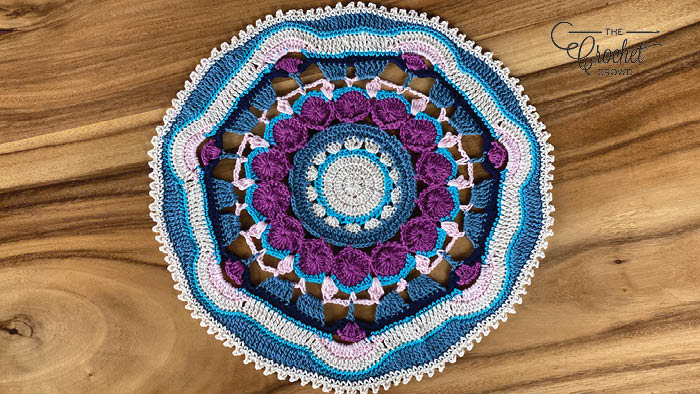 Crochet Sun Blossom Doily. I get bored with the same old thing in a tutorial format. So I wanted to try this one just for myself. However, I filmed it because I thought it would be a great learning opportunity. I’m not much of a doily person for decor but I was captivated by the circles. 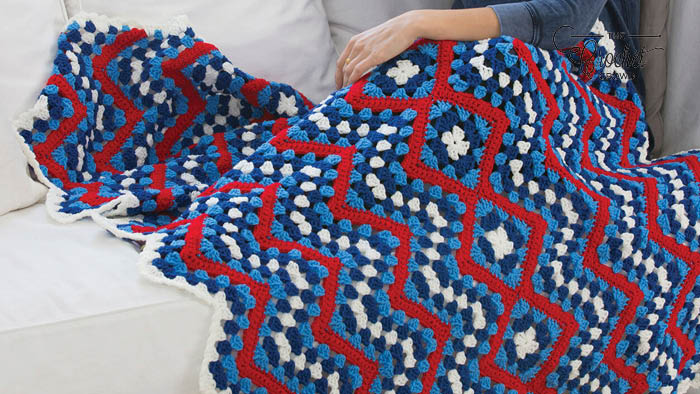 Crochet American Pride Blanket. It’s a concept that really didn’t take off. I would like to see another sample made of this with homey colours, it could make all the difference. 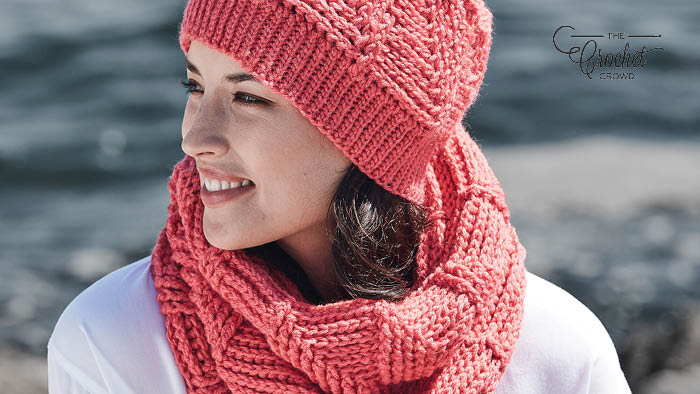 Ridge Texture Hat and Cowl. It was a project we focused on during the last crochet cruise. It didn’t materialize to the interest I thought it would. It’s an easy to follow concept but you really have to be interested in texture and the overall style. 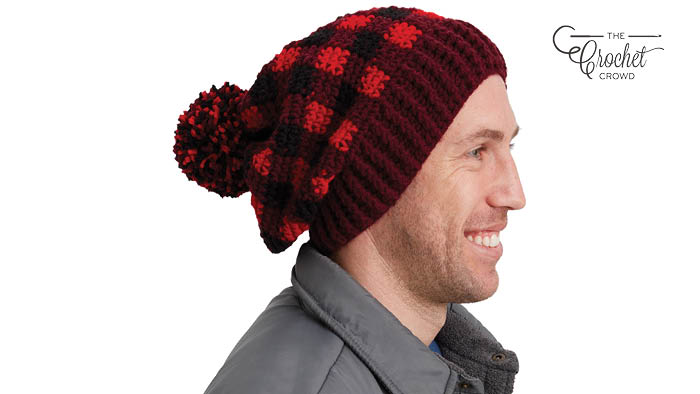 Crochet Buffalo Plaid Hat. Maybe it’s too much work for crocheters. I really thought this was a nice idea. It just didn’t happen this year. So I am unsure if it’s the style or lack of interest in Buffalo Plaid. 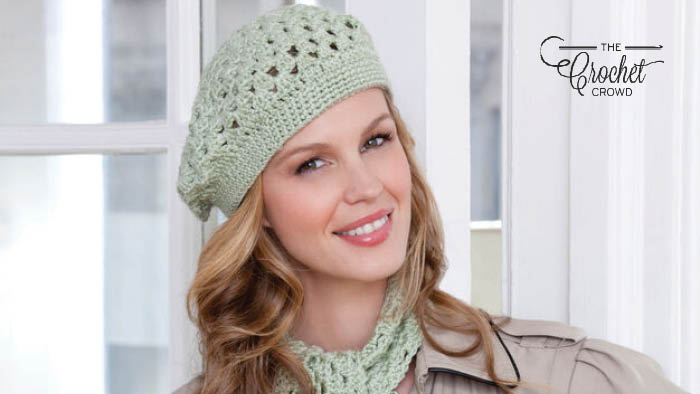 Crochet First Beret. Yarnspirations told me that Berets are out of style. *clears throat*, they were right. This is probably the worst video choices of the year of doing the berets! 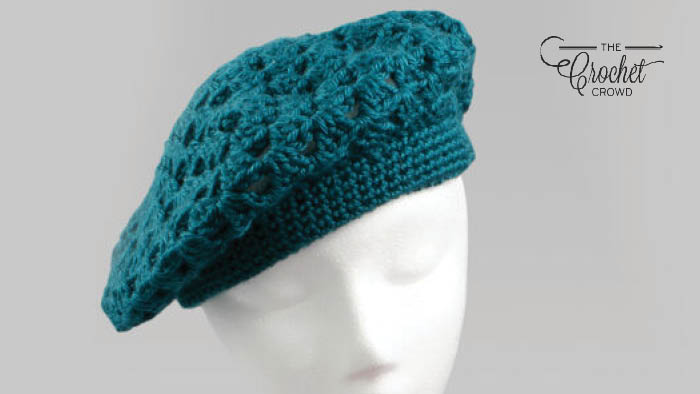 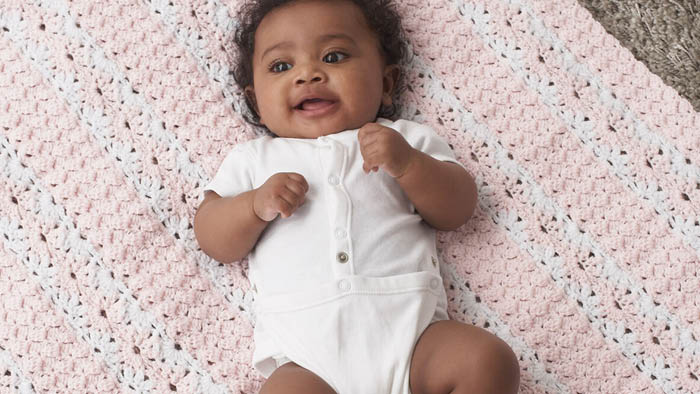 Crochet Daisy Chain and Clusters Baby Blanket. This is the project that disappointed me the most for lack of interest. I was so compelled by this, I made the entire baby blanket when I could have just done a swatch sample. The photography here doesn’t do this justice, to my point of view. I loved making the entire blanket, others didn’t care for the look I suppose. 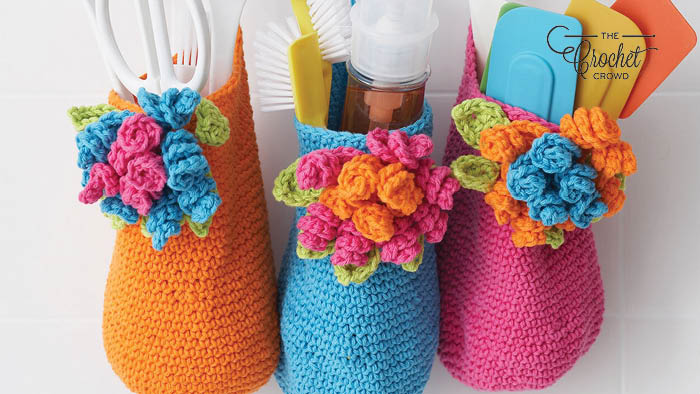 Crochet Bouquet Baskets. I don’t do many kitchen based tutorials. I thought, what the hell, just try this one. I think this is really subjective to personal taste and decor. 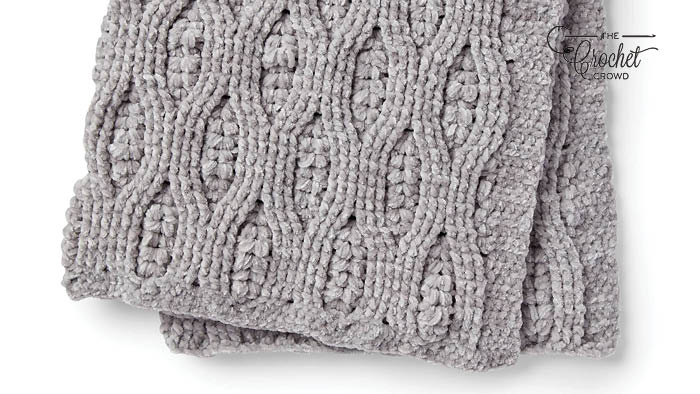 Crochet Misty Vines Cable Baby Blanket. I really thought this would do better. The texture and cabling look really appealed to me. I really don’t know why it didn’t fly. 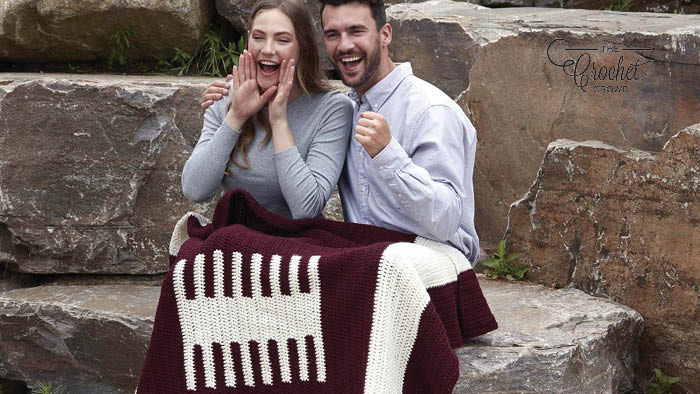 Crochet Football Lovers Throw. Probably the worst received blanket of 2020 was this one. I’m not a football lover, in fact, I don’t even understand the game. I think the lack of sports this year plays a factor or the design just didn’t hit the mark. 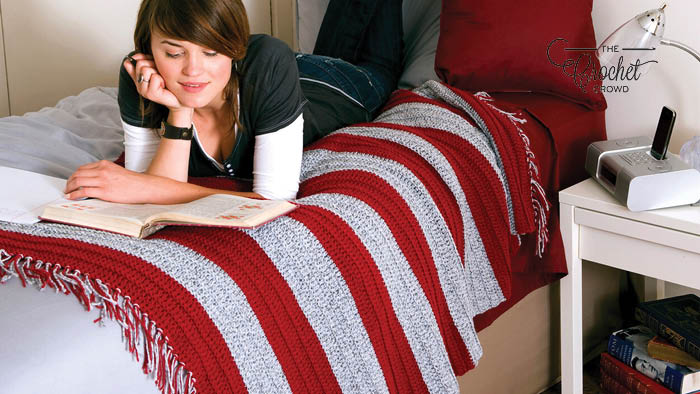 Crochet School Spirit Throw. Filmed for beginners. Lack of schooling, in person, this year could be an issue. I thought this would be a great starter and a practical project. 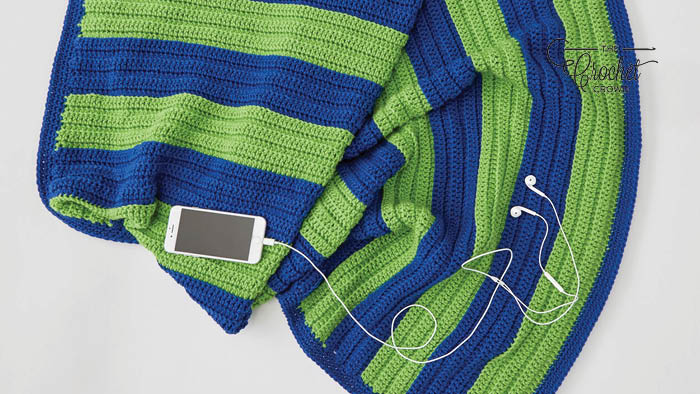 Crochet Beginner Well Schooled Throw. Personally, I don’t like the expression of Well-Schooled or someone being “Schooled” as it has a negative reaction to me. Filmed for beginners, others may have thought the same but it could be the colours or just overall lack of interest.